The establishment of ROLLAAS Cafe

Rollaas Cafe is the pioner cafe from PTPN in Indonesia. The name of Rollaas was derived from number 12 which is the division number of PT. Perkebunan Nusantara XII (Persero). Rooted by the Javanese culture “rolas” is the translation from Javanese dialect of twelve.

In 2008, PTPN XII (Persero) created Rollaas Coffee and Tea Cafe as a new form of marketing development to introduce Premium PTPN XII products that are produced from scratch from the 7 plantations to the society.

In 2009, Rollaas Cafe is taken over responsibilities by Hilir Industries, a unit of PTPN XII in retail sales. Which within two years the journey to introduce Rollaas Coffee and Tea Cafe was able to develop and produce three branches, and two cooperation of franchising.

The promotion was conducted by entering the market such as carrefour and Rolas Boots for the regular products and media promotion for Excellent Products had brewing “the Rollaas Coffee and Tea” products especially Rollaas Kopi Luwak on the spot.

In 2011, the journey was expanded to fullfil the desire of middle market into a new container that is Ijen Cafe.

Along with the business growth, in order to serve the needs of the people better, Ir. Nur Hidayat and His Colleagues decided that Hilir Industry can be split off from PTPN , build a new company that became a subsidiary of PTPN XII that state independently.

Board of Commissioners of PT. ROLAS NUSANTARA MANDIRI 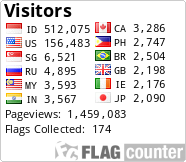